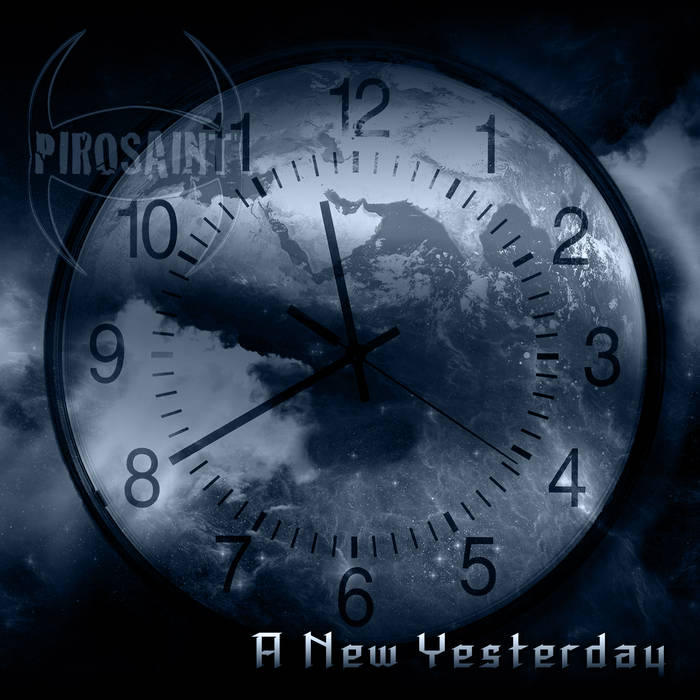 "A New Yesterday" features original singer Gonzalo Rodriguez, this is the first recording available with the band since the EP "New God" in 1997. The music was recorded at Oily Sound Studios in New Windsor, NY by Ignacio Orellana and the vocal tracks were recorded at Nacrur Studios by Andres Nacrur in Santiago, Chile. The mixing and mastering was done at Ignacio Figueroa's studios in Viña del Mar, Chile. The albums is expected to be release late 2013 or beginning of 2014. Another track will be released in the next few weeks along with a lyric video.


Drummer Ignacio Orellana commented:
"… As we said it when we started in 1989… - Warriors will never Surrender - so, Now in 2013 - We're here again, Now the Warrior have learnt … bring Metal back.. bring Pirosaint back!! -

Its been a real pleasure to work again with our original vocalist Gonzalo, it feels home… and this song is about that…, on how the band has always found the way back to Metal… we are looking forward this album… it will contain pure classic metal music… Hope you enjoy it like we are doing it!"

We're here again, Now we have learnt
The warrior now knows, How far we fell
Fists in the air, There's nothing to gain
To promote the ways of life and HELL
Our past have showed us to be true to ourselves
We knew for sure that metal was WELL
The war gave us balls, … with nothing to sell
The new fight begins, Welcome to hell

Bring it, bring it BACK!

We fell on bad times, The enemy was strong
But here we're again, We will win for sure
When metal is up, in for the kill

Bring it, bring it BACK!

Serena Cherry debuts her black metal project, plus a Pick from the Crypt block from Svalbard